The store will not work correctly in the case when cookies are disabled.

When you are out on an adventure, camping or in your RV or caravan, you won’t want to be weighed down with a ton of equipment. You may be looking around for the smallest generator to supply the power you need. A small generator for camping can add some of the comforts of home to your campsite, including providing the energy to charge up your electronics and run a few appliances. Read more

EOFY SALE!
Plus FREE SHIPPING on most items! 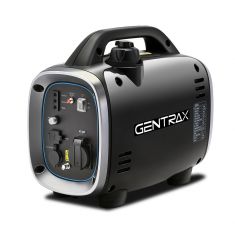 EOFY SALE!
Plus FREE SHIPPING on most items!

When you are out on an adventure, camping or in your RV or caravan, you won’t want to be weighed down with a ton of equipment. You may be looking around for the smallest generator to supply the power you need. A small generator for camping can add some of the comforts of home to your campsite, including providing the energy to charge up your electronics and run a few appliances.

Cold drinks and fresh hot coffee, anyone? They can also be useful as a backup when there is an electricity outage at home, and you need to run the basics. While the smallest generators may be compact in size, that doesn’t necessarily mean that they will be low on power. Check out our range of compact generators to power up your campsite with a lot of energy but minimal dimensions.

How to choose the right size generator?

While you may be looking for the smallest generator, choosing the right size generator essentially boils down to choosing a generator that has the capacity to run the equipment that you want to use when you are outdoors. There may be other considerations, such as whether you want a fuel or battery-powered generator and the amount of noise output. Furthermore, you need to think about whether the generator has enough outlets to plug in your devices.

Before you buy a generator, you need to work out the wattage of the devices you will use the generator to run. Generators will all have a power output measured in watts, with a small camping generator coming in at around 1000 watts and then up to 3000 watts. The most common type of camping generator tends to be a 2000w generator. When calculating the wattage needed, you need to consider the running watts (otherwise known as rated watts) and the watts needed to start the appliances you want to run. This starting wattage is going to be much larger than the running watts. To give you an idea of wattage consumption, a phone has low wattage consumption, but a microwave has high wattage consumption. You also need to consider which appliances you will want to be running at the same time as each other. While you might be able to power something with very high wattage with the smallest generator, chances are you won’t be able to turn anything else on at the same time.

Overall, it’s a good idea to get a generator with a slightly higher wattage than you need. This is because a generator that is constantly drawing down a full load of power will generally have a shorter lifespan.  Also, a generator that is running at full capacity is more likely to make more noise, which is not going to be appreciated by your fellow campers. Naturally, there are generators that are more quiet than others;  portable inverter generators, for example, will be quieter than a standard fuel-powered generator. A battery generator is running, for example, a lithium battery will also be quieter.

Size also relates to weight. You don’t want to have to haul huge generators to campsites, so also consider a more lightweight generator that will be more portable. That’s where the smallest generator will have an advantage.

How long can I run a generator continuously?

There are a lot of variables that affect the length of time that a generator can be run continuously. These are mainly the size, the brand and also what – for example, fuel or battery – is being used to run it.  Another factor will be the amount of appliances that you are using, as the load will affect the run time.  The smallest generators are probably not going to have the run time of more powerful generators, but it really does depend on usage. The smallest generators, particularly battery generators, may only run for a few hours. Naturally, a battery generator will need to be recharged once it has run out of power, which can take up to 8 hours. A fuel-powered generator will need more fuel added. However, you have to be really careful with this and never add fuel to a generator when it is hot, which generators can become after the engine has been run for a long time. There is a fire risk associated with this due to the heat and the fuel combination. Always let your generator cool down before adding fuel. Aside from this, there is a courtesy consideration. Running a generator all the time, no matter how quiet, is not particularly acceptable campsite behaviour.

Where can I buy the best generator near me?

At Outbax, we have a range of quality generators to fulfil all your power needs – from battery-powered generators to fuel generators and from small to large. Whether you are looking for generators in Mackay or generators in Melbourne, we can deliver them to you quickly with our automated, fast shipping. Get a generator for a caravan or search for marine generators for your boat. Whatever power you need, talk to us and get your next adventure up and going.

Subscribe to our newsletter and get an instant $10 discount!

We’ve got all your camping and outdoors needs covered