The three clear advantages an inverter generator has over a conventional open frame generator or a standby generator, weight, reduced operating noise level, and mobility. But considering you likely already knew the obvious benefits, we'd like to share a few other defining characteristics that make inverter camping or home generators ideal for your future backup power needs. Read more 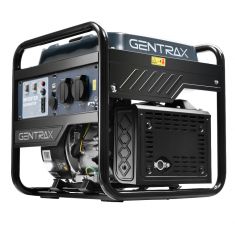 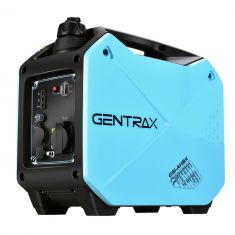 Rated Australia's Best Generator Since 2018!
Plus FREE SHIPPING* to most areas!

The three clear advantages an inverter generator has over a conventional open frame generator or a standby generator, weight, reduced operating noise level, and mobility. But considering you likely already knew the obvious benefits, we'd like to share a few other defining characteristics that make inverter camping or home generators ideal for your future backup power needs.

When a generator has an inverter, it means that it uses an electronic mechanism that regulates the supply voltage to the motor by throttling the engine up or down depending on the power needs.

An inverter generator can sense the necessary power demand, and will then automatically adjust its output accordingly to adapt to the desired load requirements.

Instead of running full tilt the whole time, like a conventional generator, it only runs as hard as it needs to in order to fuel the connected electronics. This is ideal for saving fuel, for lowering emissions, and for vastly reducing operating noise levels as well.

To be blunt, inverter generators are just an overall better option for those on the hunt for a portable generator. Generators with inverters are no different in terms of functionality to your home HVAC system, and if you've ever owned an AC system before compressors came with an inverter feature, you'll know exactly what I'm talking about.

The operating cost of any load, be it generator engine or compressor, is substantially reduced when AC power can be regulated via any variable speed controller. The reality is, you're most certainly buying an inverter generator for how versatile they are as you can effortlessly make use of an inverter generator around the house, on a job site, or deep in the woods camping.

Attempting to utilize a regular open frame generator in the same fashion will unfortunately require the helping hands of others due to the additional weight.

Why are Inverter Generators So Quiet?

In general, due to the fact that inverters only produce as much power as is needed at a given time, they usually don’t need to run as hard, thus producing less noise.

Due to the fact that inverter generators are usually more fuel-efficient and produce less power, they are also a helluva lot quieter.

It’s honestly like comparing an eco-friendly 4 cylinder engine, to an earth-shattering V8 that was created purely to raise hell and decibels.

Simply put, the higher the power output, the more noise that is created. So if you want a mammoth for a generator that doesn't come equipped with an inverter feature, you can kiss any sort of quiet operation mode goodbye.

They often automatically adjust their power output to meet the demand, thus not using more fuel than is required to power whatever you have connected to it. Not only do inverter generators use less fuel, but they are also much less bulky due to this (smaller fuel tank).

Portability
Due to the smaller fuel tank and other smaller components, inverter generators are usually much smaller and lighter as a whole, thus making them more portable.

Eco-Friendliness
Due to their lower fuel consumption and their ability to match power output to the demand, inverter generators also tend to be much more eco-friendly than conventional generators. Inverters produce fewer emissions that may harm the environment.