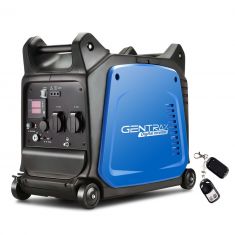 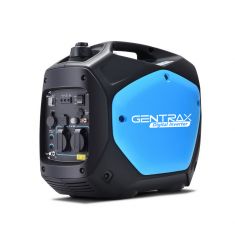 What is an electric generator and how does it work?

An electric generator is a unit that provides electric power – and particularly provides power when the power from the grid is not available.

Essentially, an electric generator works by converting mechanical or chemical energy into electric energy – voltage, in short. The energy comes from whatever is running the generator, such as petrol or diesel in many cases, which operates the engine. The fuel comes through a fuel system which is what starts up the internal combustion process. An alternator is where the actual conversion process happens. The alternator has parts which work to make an electromagnetic field and also create the movement of electrons. These create an electric current. Once the current has been created, it goes through copper wires which power up whatever is plugged into the electric generator. There are other components of a generator, including a battery, which is what starts up the generator. This is similar to a car battery which starts a car. An electric generator will also have a cooling and an exhaust system. As an electric generator heats up a lot when it is in use, it needs a cooling system to ensure it doesn’t overheat.

What are electric generators used for?

When you need electricity, and you can’t get it from the grid, that’s when you need an electric generator.  An electric generator would be useful if you are camping or in your RV and you need some power to run appliances or charge devices. An electric generator also might be useful if there is a power outage and you need some backup, so you can get the basic electrics going again in your home. They can also be used on industrial sites to run tools and other equipment. There are also different generator types, some of which are much larger and can be used to provide power to massive operations. Still, at Outbax, we sell small electrical generators that are more portable, such as a generator for a caravan, for camping and your RV adventures or to help out at home.

How to choose the right electric generator?

The next thing to consider is the noise output. Some generators, particularly those that operate using fuel such as petrol or diesel, tend to make a lot of noise. That is certainly not going to be appreciated if you are camping alongside other people. A battery generator, however, is silent, so that might be a better choice.

Naturally, you will also need to consider what you are going to be using the electric generator for and shop for one with the capacity to support those functions. You are going to need a lot more wattage to power a fridge or to run some power tools than you are going to need to charge your phone. Therefore, the power of the generator needs to be considered. It’s a good idea to calculate the wattage required for the equipment you want to run and then add some, as some appliances, especially those that produce heat, for example, need a lot of power to get them started – more than to keep them running continuously. A 2000w generator, for example, should be able to keep you in a few creature comforts at the campsite – a hot plate or coffee machine, for example - and charge your devices.

Size and weight will also be a factor when choosing an electric generator. If you are going off-grid and off the beaten track, you are probably going to want something more lightweight, such as a small generator for camping, than if you are keeping an electric generator at home in case of power cuts. Of course, something smaller and lighter is also probably going to only have the power to charge a few accessories, so keep that in mind too.

At Outbax, we offer a range of generators for various uses, from marine generators to portable inverter generators. Whatever your adventure is, we have the generator to get it going.