When trying to get a new deep-cycle battery, it is common practice to always look out for Ah rating (short for Amp-hours or Ampere hours). Read more 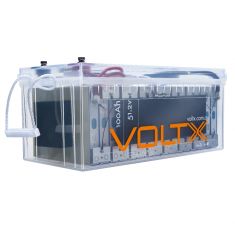 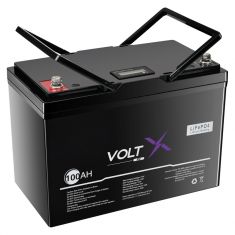 When trying to get a new deep-cycle battery, it is common practice to always look out for Ah rating (short for Amp-hours or Ampere hours).

What Are Ampere Hours or What Does Ah Mean For Batteries?

Ampere hours or amp-hours specifies the Amperage a battery can supply over some time. The standard maximum discharge time for a deep-cycle battery is usually 20 hours.

AH stipulates the maximum ampere that can be used before the battery is reduced to zero. However, it is not always a good practice to let the battery completely drain out before recharging. This is because allowing the battery to drain out continuously weakens it over time, thereby shortening the battery’s life span. It is advisable to always keep ampere usage for a deep-cycle battery under 80% before the next recharge.

AH rating is simply the measure of a battery’s storage capacity. In essence, the higher the value of a battery’s Ah, the larger its capacity. Having this knowledge makes it relatively easy to tell the capacity of a deep cycle battery.

Does Ah matter on a starting battery?

The Amp-hour (AH) measures the capacity of a battery. It signifies the maximum amount of energy that a battery can store up when fully charged. A starting battery’s main job is to power engines of vehicles and appliances such as automatic lights, electric locks, alarms, etc. A starter battery can become fully charged by the alternator in a car while the car is in motion.

Is a higher Ah battery better on a car battery?

The amperage size on a battery is not a determinant of how well a car can perform. All a bigger Ah battery has is larger storage space.

The same analogy can be likened to a car’s fuel tank. Just because a vehicle has a bigger fuel tank doesn’t make it a more powerful vehicle. A larger fuel tank is merely an indicator that a car can hold larger fuel quantities to last longer trips.

This concept must be appropriately understood when dealing with batteries. There must be a proper distinction between the terms Amp Hours (Ah) and Reserve Capacity (RC).

RC (Reserve Capacity) is an American terminology used to describe the amount of time in minutes a battery can hold voltage. This voltage must be maintained under a 25A discharge rate as long as the battery does not drop beyond 10.5 volts.

This concept is crucial because it serves a purpose in automobile applications. Reserve Capacity determines the number of minutes a car battery is expected to stay above 10.5V. This is only applicable if the alternator isn’t charging. The RC is a measure of capacity, just like with the Ah rating. The only difference between the two is that they are quantified using different discharge rates.

Many times, people mistake one for the other. To clarify the difference, note that the Reserve Capacity is always almost twice the Amp-hour (Ah) rating size. Failure to note this difference can pose a dangerous risk, especially when a vehicle is on commute.

For instance, a person removes 150AH from a 300 RC. Usually, such a person might assume that he or she has about half the battery charge left. But in reality, such a battery is nearly dead and depleted beyond a 50% DOD. This mistake happens quite often and can shorten the overall life span of a battery.