Deep Cycle Batteries (also known as ‘solar batteries ‘) provide electrical storage in renewable energy (RE) systems. If you want to use your electricity anytime other than when the system is producing it, you will need batteries. So if, during a nice sunny day, your solar array produces a lot of electricity, you’ll need batteries to access that power after the sun goes down. Read more 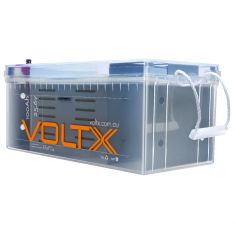 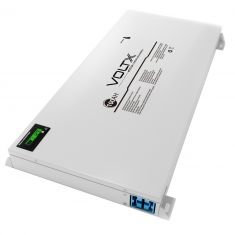 Deep Cycle Batteries (also known as ‘solar batteries ‘) provide electrical storage in renewable energy (RE) systems. If you want to use your electricity anytime other than when the system is producing it, you will need batteries. So if, during a nice sunny day, your solar array produces a lot of electricity, you’ll need batteries to access that power after the sun goes down.

And although it may seem counter-intuitive, it’s also true that if you have a wind turbine or solar panel array that is connected directly to the electric grid without batteries, you will not be able to use the power they produce during a grid power outage. A 24v deep cycle battery has many benefits. We've listed some of them here:

Deep cycle batteries used in renewable energy (RE) systems are different from car batteries and that difference is critical. RE systems by nature are cyclical: energy is captured and stored, then later consumed, in a (usually) regular. For example, in a battery-based solar electric system, the energy produced daily by the solar panels is stored in the battery bank, which is then used by loads at night or on not-so-sunny days. This repetitive process subjects the batteries to a slow, daily charge and discharge pattern.

Car batteries are not meant to be used in this way. They can release a great deal of their stored energy at once, to start the engine, then they immediately receive a rapid recharge from the car’s alternator. They’re not meant to recover their charge slowly, as would happen in a solar electric system. They’re very impatient that way! In fact, a car battery in a RE system would quickly die and need to be replaced. Deep cycle batteries, on the other hand, can be gradually discharged by as much as half of their capacity and will patiently await gradual recharge. When properly maintained, a deep cycle battery can last four to 10 years.

Flooded deep cycle lead-acid batteries (FLA), also called “wet cells”, are commonly used in solar, wind and hydroelectric renewabl energy systems. They are often the least expensive type of deep cycle battery and can last the longest. They also come in a wide range of sizes.

In FLA batteries, a sulphuric acid solution is the which reacts with the lead plates in the cells to produce electricity. When FLA deep cycle batteries are recharged, electrolysis occurs, producing hydrogen and oxygen gases in a normal process called “outgassing”.

These gases (hydrogen and oxygen) may escape the cells through the filler/vent caps, creating two problems: the fluid loss means that the fluid level in the battery goes down, potentially exposing the normally “flooded” lead plates – not a good thing. So using FLA batteries in your system means that you are committed to regularly monitoring and maintaining them by adding distilled water to each cell as needed. Water Miser vent caps can help prevent some moisture escape, thus reducing watering frequency.

The other problem is the presence and accumulation of explosive gases. Hydrogen and oxygen gases are extremely dangerous and must be properly vented – to the outside air. So it’s clear that with FLA batteries, battery maintenance is an essential part of system maintenance.