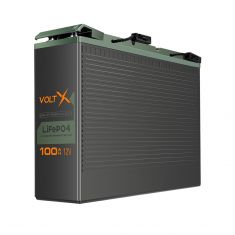 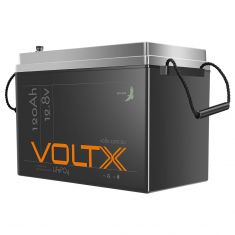 A BMS allows for constant monitoring, gathering, and communicating information to an external interface where users can observe the status of each cell and the health of the battery pack as a whole. The BMS monitors and manages a battery pack in order to protect it from damage, prolong its life, and keep the battery operating within its safety limits. These functions are key to efficiency, reliability, and safety.

What does a BMS measure?

A BMS can measure different figures such as current, voltage, temperature, and coulomb count. With these measurements the system can assess the health of the battery and readjust operations as needed to protect the pack.

For instance, a drop in cell voltage at a given load can indicate an increase in internal resistance. This then can point toward dry-out, corrosion, plate separation, or other diagnoses.

A sudden increase in the temperature of one cell could indicate the possibility of a thermal runaway event within the whole battery pack. The BMS could then stop the flow of energy and alert the user to a potential problem so that it can be contained before it gets out of control.

Coulomb counting can help to estimate the available capacity of a battery. This is done by measuring the amount of energy leaving and entering the battery during charge/discharge cycles. A decrease in coulomb count during a full cycle when compared to a new battery cell indicates a drop in battery capacity.

What indicators can be inferred with a BMS?

State of charge (SoC) and state of health (SoH) are important indicators for assessing the usability and capabilities of a battery.

State of charge is probably the most straightforward and common measure that a person would come across. The battery percentages on phones or laptops are the states of charge. In electric vehicle batteries, the SoC is used to determine the remaining range left of the car before it needs to be recharged. This, however, by itself, is not indicative of the overall health of the battery. While SoC can show the short term capability of the battery -- showing how much energy there is left -- it cannot indicate the true capacity of the battery cell or pack. Cell capacity decreases with age so while SoC may read 100%, after a while the true capacity is likely less than that.

Nonetheless, SoC is still an important measure in managing batteries. For instance, the SoC of individual cells in the battery chain needs to be known in order to balance the load evenly across cells within the pack.

Complimentary to SoC, State of Health measures the long-term capabilities of the battery pack. Taking into account charge acceptance, internal resistance, voltage, and self discharge, SoH is an estimation of how much longer a battery can operate optimally. It is usually measured against a fresh battery cell in order to infer the cell’s position within its lifecycle.

Why is a BMS important?

Not only is a BMS important in indicating the health of a battery, but it also functions to protect the battery while in operation.

Each battery cell and chemistry has voltage, temperature, and current range within which it can safely operate. When a cell drops below or exceeds these ranges, it can be detected and controlled by the BMS. For instance, lithium is a highly reactive substance; thus the BMS should monitor each lithium cell to ensure that it remains operating within predefined limits. This keeps the battery safe and preserves it in the long run.